Carolus Rex
World War Live: Battle of the Baltic Sea is Sabaton's first live album. It was released on the 5th of August 2011.

The album was recorded on the Sabaton Cruise in December 2010 and during the World War Tour in 2010. Limited edition includes a bonus DVD, with a full concert from Rockstad: Falun 2008 along with three videoclips.

Joakim: "We have done a gig on the Sabaton Cruise actually, last year (2010 - ed.note). We brought some recording equipment. We chose the 2 or 3 first songs and the 2 or 3 last songs. Then, after that we let the audience decide. We had like, 28 or 29 songs rehearsed and ready so, we had a big list of songs and we asked [the audience]: “So, do you want to hear Rise Of Evil or Wolfpack?”, “WOLFPACK!” [doing a voice similar to an audience screaming]. OK, so, we played Wolfpack! So, in a sense, the fans that were there chose what went to the “live” CD."

"In the second disc there are recordings from all over Europe. Usually from a place that is connected to the song. Do you know what I mean? If we do a song about a winter war (Talvisota - ed. note) between Finland and Russia, we recorded it in Finland."[1]

What made them feel now was the time to release a live album:

Joakim: The fans, actually. There were so many requesting it, and so many people wanting a “greatest hits” kind of thing. Also, people love our songs, but the live experience is what they really like. And when people ask me about Sabaton, I want to introduce them to something. So I say, "I want you to hear this song from Primo Victoria, that one from The Art Of War, that part from Coat Of Arms" like that. So we figured the live experience is a great way to introduce us to fans that don’t know Sabaton at all and want to know what it’s about. We don’t do any tricky overdubs on the albums or anything like that; we can actually play it all live because we choose not to put in backing tracks.[2]

Pär: Our fans requested a live album for a very long time and we always thought about how and when to make it. During the World War Tour we brought recording equipment and recorded almost every show without any specific reason. After the tour we were sitting down and discussing what to do with the material. Our record label suggested a Live CD and we loved the idea.[3]

About the final results of the album:

Joakim: "Actually, I am happier than I expected. I’m usually not a big fan on the “live” albums, especially because there is nothing new in it.

We spent a lot of time on it, you know? We had a guy doing interview with us, every band member answers questions that were asked by the fans. We also spent quite a lot of time digging up old photos of the band.

Mixing it was quite easy actually. I guess we were all surprised that we didn’t suck as much as we thought we would (laughs). “Hey, these are actually not bad at all! We don’t have to re-play everything! Woohoo!!”"[4] 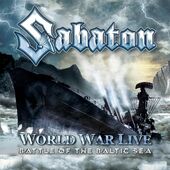 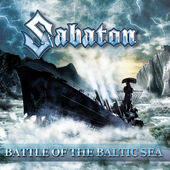 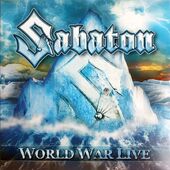