3-Track Demo
Fist For Fight is the first official release by Sabaton. It was self-released by the band in 2001. Sometimes indicated as the band's first album, it's actually a compilation of demo recordings from 2000-2001.

Written before Sabaton adopted the theme of war, the lyrics for this album deal with more typical “metal” themes ranging from "The Lord of the Rings" (Shadows) to the band’s love of metal and its fans (Metalizer, Masters of the World). 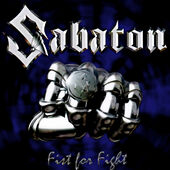 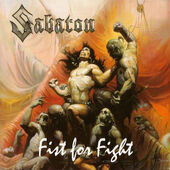 Re-release
1 CD. Released in a digipack in 2002 by Underground Symphony.